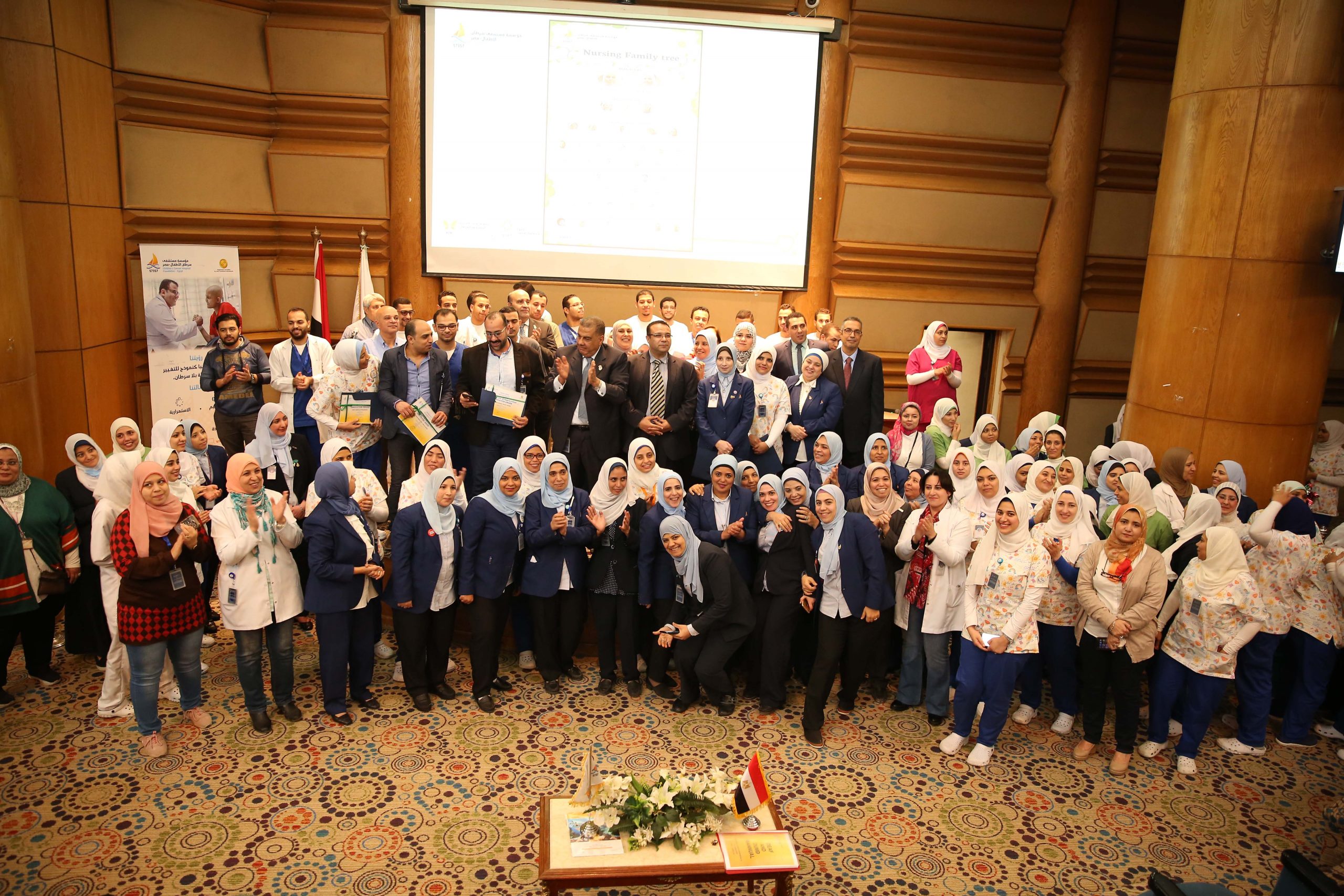 Besides pursuing to provide world standards of care, Hospital 57357 also supports creativity which aims at enhancing performance level and improving quality of services provided to patients. In this context the Hospital celebrated today the launching of the nursing innovation center aiming to encourage nurses in all departments to be creative so as to contribute to the enhancement of performance level and quality of services , thus participating in the development and progress of the Hospital..

The celebration was attended by 57357’s Group executive manager and Hospital general manager along with a number of heads of medical departments, some members of the Hospital management and nurses from all departments.

The inpatient department nurses representative, Miss Asmaa, presented the steps of the setting up of the innovation center whose idea appeared in June 2019 whereas the implementation steps started in August by a team work consisting of the inpatient department nurses representative and the third floor nurses supervisor under the supervision of 57357’s nursing head. She asserted that innovation in their field is the result of having a supportive management that encourages improvement initiatives and provides all the needed help and resources in support of innovators. It is also the result of the nursing team’s dedication and passion for their work, she added.

During the celebration four innovations were presented by the nurses of surgery department; Mohammed Fawzi, Iman Mohammed, Sherine Hanafi and Mohammed Hamdi. Among the innovations they presented:

It is noteworthy that some hospitals requested to buy the modified devices to use them in surgeries as they turned out to be more efficient than the original ones. In a voice message opinions of physicians from different departments were diffused about the modified devices and how they facilitated their mission in the operations rooms. Dr. Mohammed Albeltagy, neuro-surgent and head of neuro-surgery department, praised the modified fixation device and said that the modification enabled us to do more than one surgery during the same laps of time. Dr Ahmed Alghonaimi, consultant orthopedic oncologist, praised the modification of the casting device and said that it enabled more safety during the operation

The Hospital general manager congratulated the nursing team for launching the innovation center and thanked innovators for their efforts.

At the end of the celebration innovators were honored and three of the nursing team earned the title of the ideal employee for this month.