57357 was honored by “Pioneers of Arab Social Networking” in Dubai

Hospital 57357 was selected to be honored, in the health category, for its recognized effect on social media. 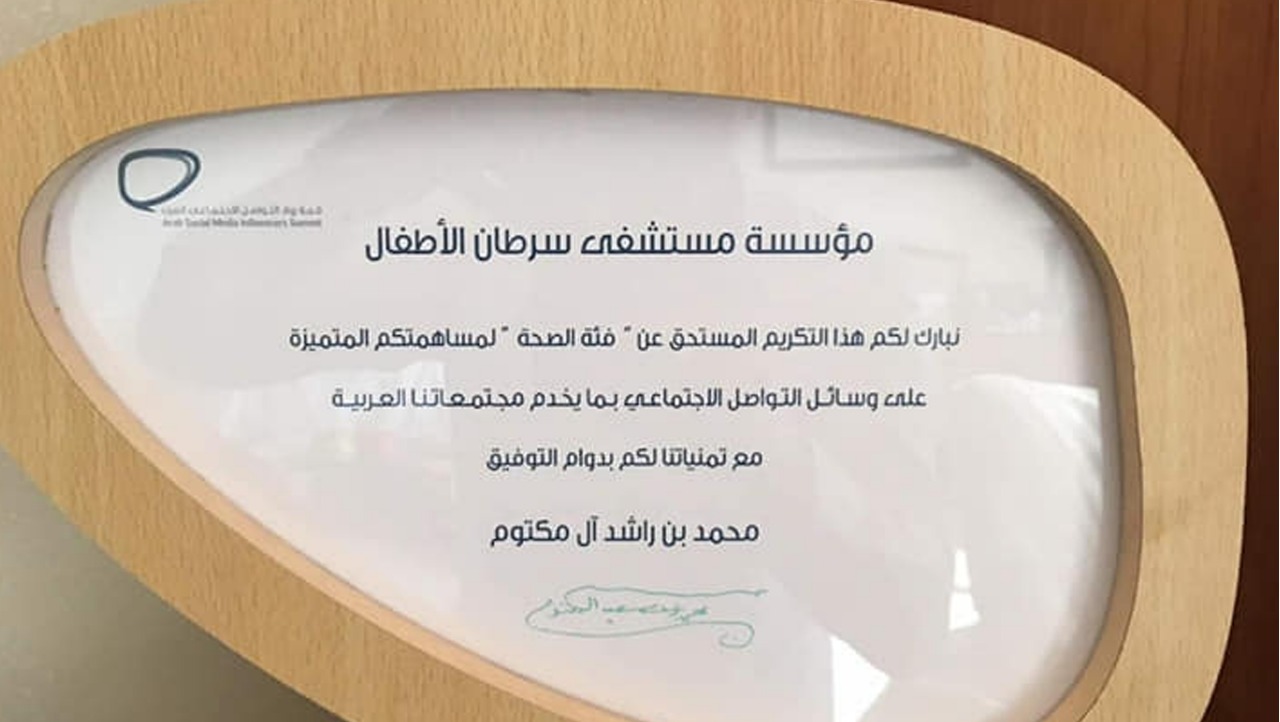 Hospital 57357 was selected to be honored, in the health category, for its recognized effect on social media, its effective contribution in promoting positive interaction and in encouraging creative thinking among youth and the Arab society. In attendance of leaders of Arab social media networks and influential Arab and international figures, Dr. Sherif Abuel Naga, executive manager of 57357 group and general manager of the Hospital, received the award.

The Emirati website “bayan” declared that the Children’s Cancer Hospital 57357 received the award for being one of the most prominent institutions whose campaigns were widely shared on social media and whose team was able to consolidate its position as an institution that can sustain, develop and grow.

Throughout its years of operation, Hospital 57357 exerted much efforts through social media channels to spread its mission and consolidate values of giving and philanthropy among volunteers around the world, initiating change with respect to the free provision of healthcare services to children with cancer. Through positive interaction in social media channels, it could attract millions of followers, positively affecting charity institutions, and enabling the dissemination of scientific knowledge and 57357’s experience in other communities. Moreover, 57357 encourages and adopts charity initiatives by youth in Egypt and other countries to contribute to supporting our children with cancer. It was able to introduce real change on the level of interaction with its followers, earning their trust and highlighting the importance of enhancing free healthcare provision among the public. As a result, millions of the Hospital’s followers participated in our children’s recovery journey and in ensuring the sustainability of the Hospital’s operations and its development and expansion efforts to be able to serve more children with cancer, and becoming one of the leaders of Arab social communication.

Our gratitude to his highness sheikh Mohammed ben Rashid al Mactoum for acknowledging the Hospital.