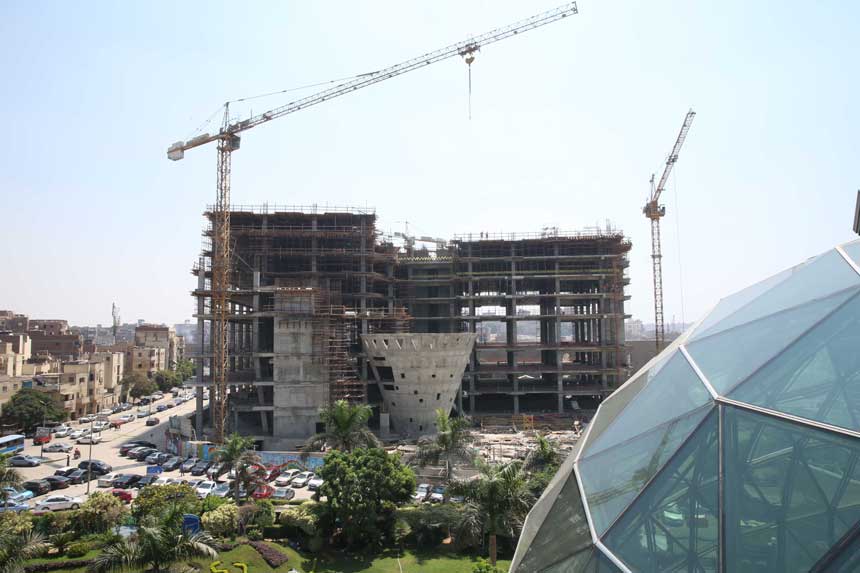 The pediatric population under 19 years of age constitutes 40% of the Egyptian Population. According to the Surveillance, Epidemiology, and, End Results Program of the US based National Cancer Institute, the Pediatric Population diagnosed with cancer in Egypt is approximately 12.8 per 100,000 (2012), with an annual growth rate estimated at 1.3%. Private hospitals attend only to as low as 2% of cancer patients, with an estimated treatment cost of between 20 to30 thousand US dollars.

At least 16.7 million children live in poverty in Egypt, reported the Central Agency for Public Mobilization and Statistics (CAPMAS).The study found that as of 2013, a total of 52.2 percent of children in Egypt are living in poverty, with 28.8 percent (9.2 million) living in extreme poverty.

It is clear in light of the above, why Hospital 57357 with its provision of free high-quality care and cure, is considered the safe haven for children with cancer and their families and their ultimate choice destination.

Meanwhile, as a result of Hospital 57357’s improved survival rates presently average over-all survival rate is 72% which is nearly comparable with Western results (80-85%), its patient base is increasing which means more patients are being followed up and treated for a longer time making the need for expansion an urgency as clinical and support spaces are stretched to capacity.

Given the existing lack of specialized facilities in the region, in addition to the increasing rate of pediatric cancer incidence, 57357 set out to meet the growing demand for high quality healthcare services not only in Egypt but across the region as well.

As such, the 57357 Institution embarked on a number of expansion projects addressing capacity and programs to ultimately turn the actual Hospital into a Health Sciences Campus, which will have the particularity of being a LEED green energy saving complex.

The launching of a 60-bed extension within the actual hospital building has been carried out and was operational by the end of November 2014. A 60-bed unit in Tanta governorate in the Delta region was also launched in January 2015.

Presently, 57357’s Tanta Branch is adding a 40-bed extension to its actual premises

RTKL was also responsible to develop a unique patient and family centered design according to best practice for a pediatric oncology facility and to create a sustainable fully integrated design between the original building and the new one that will be the first green, energy and waste management efficient hospital in Egypt and the region.

Construction of 57357’s expansion project was formally launched during Ramadan of 2016 in the presence of Ghada Wali, Minister of Social Solidarity. Arabian Construction Co. (ACC) as Contractor and Shaker Consultancy group as local consultant prepared for site mobilization. The two firms were part of the dream Team that built Hospital 57357.

The entire expansion project was subjected to certain modifications during the past years to adapt to unforeseen circumstances such as the Egyptian pound devaluation, the rising competition within the charity market, the long waiting lists of patients, and the need to focus on the programs where we have a competitive edge such as brain tumor surgeries, bone marrow transplant, latest research trends. It is expected that the new expansion will double 57357”s present capacity, enabling it to accept 80 to 90% of annual pediatric cancer cases in Egypt.

The present expansion after modifications includes the following:

Designed to cater to an average of 1200 patients daily and house the latest technology. The building, which is formed of 2 underground levels, one ground floor and 12 floors, is 95% complete. Construction of the bridge that links the building with the main Hospital is to start soon.

A proton therapy building, adjacent to the Out-patient facility

To house an advanced radiotherapy equipment, (proton therapy). This is a radiotherapy treatment with protons which have the advantage over the conventional one with photons to produce minimal side effects and a higher degree of tumor ablation. This new therapy, the most advanced radiation therapy offered today will be available for adult patients, generating revenue for the hospital.

The Proton therapy equipment, the first of its kind in Egypt for particle therapy, is being manufactured by worldwide leader IBA, Belgium. The needed approval documents for the construction of the building have been obtained and in coordination with the manufacturing firm, implementation of the project is underway.

The cyber knife technology which is to consist of three levels: basement, ground and floor1.

The Cyberknife equipment is the first in Egypt, it’s the only robotic radio surgery system that offers highly precise non-surgical treatment for tumors, being a proven better alternative to surgical intervention and conventional radiation therapy.

Three other components of the expansion project are located outside the Campus but in its vicinity:

57357 Management saw it appropriate to respond rapidly to pressing needs and transform what was destined to be an intermediate care building into a treatment building in the face of increased demand for our services and long waiting lists. The building includes 28 in-patient rooms, one day-care room with a capacity of 7chairs for chemotherapy administration, minor surgeries room and a 2-bed recovery room. The building also includes a clinical pharmacy, a cafeteria, a kitchen and rooms for other required auxiliary services. Presently, the building is in operation after completion of works in a record time.

In terms of program expansion and in light of emerging new cancer treatment centers, 57357 Management saw it appropriate also to apply the blue ocean strategy versus the red ocean one, where in the market place you will focus on differentiation rather than beating the competition. As such, our program expansion includes

Presently the schematic design is underway.

Presently the schematic design is underway.