Mohamed, a 57357 patient hero who is fighting leukemia and dreaming of becoming a metro driver

Mohamed’s father: I came to the Hospital before as a donor, now I recognized the value of donation as it saved Mohamed’s life. 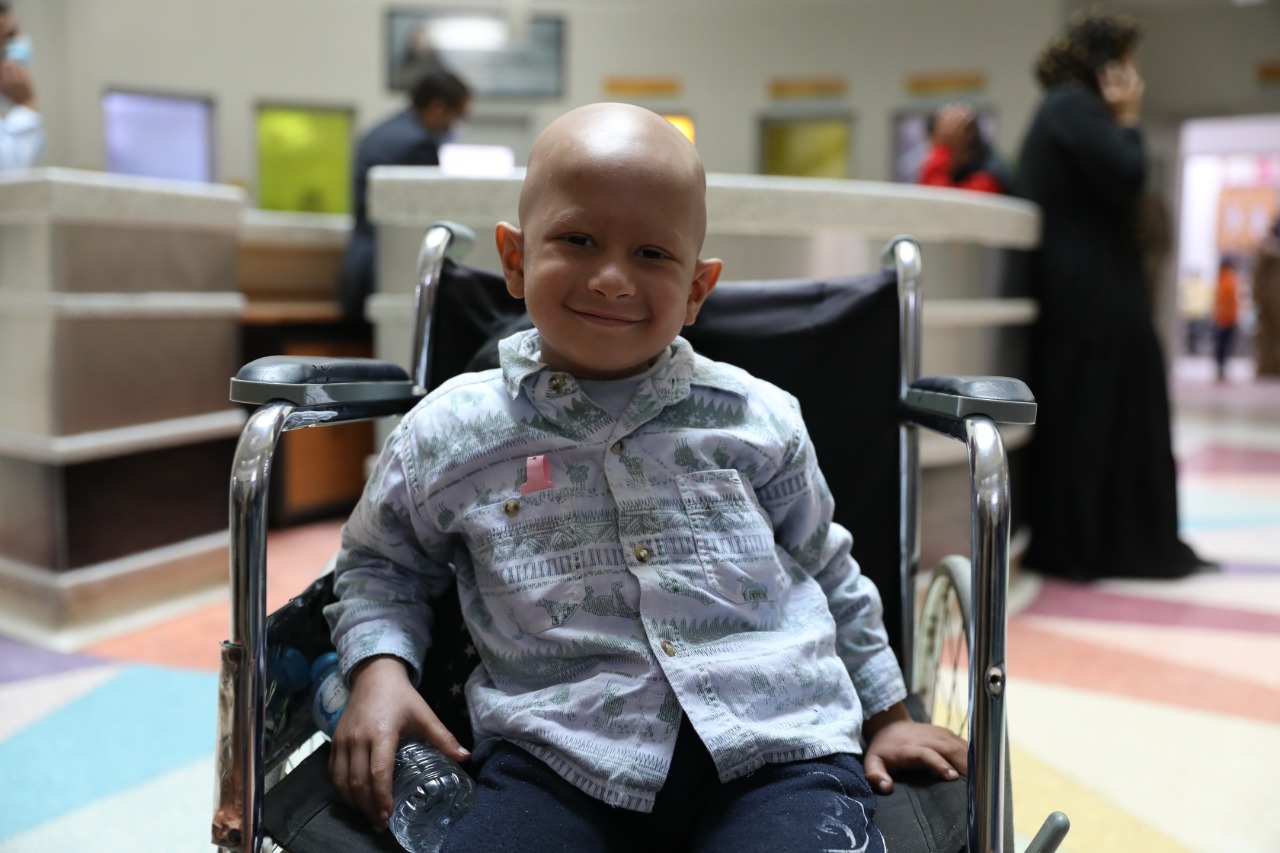 Mohamed’s father: I came to the Hospital before as a donor, now I recognized the value of donation as it saved Mohamed’s life

Mohamed, 5 years and 4 months, is one of 57357’s patients who is originally from Alsharkeya governorate. He was admitted to the Hospital at the end of 2019 and diagnosed with leukemia.

“My son was admitted to the Hospital while he was unable to walk. We met with Dr. Emad Mousa who told us that he had leukemia and that he will get better and beat his illness, God willing”, shares Mohamed’s father. Dr. Emad immediately started chemotherapy which spanned 19 weeks, for four weeks of them Mohamed received the chemotherapy in Tanta branch. Eventually Mohamed started to move until he returned back to normal and was restored his laugh.

Mohamed’s father added that before, he used to donate blood to save the life of his friend’s son. He had visited the Hospital more than once and saw how they take care of children. Fate has it that later he would go to the Hospital again for the treatment of his son. It seems like the donations he offered in the past are returned back to him now in the form of best quality treatment for his son. “This Hospital is a lifeline for all of my family. I am working as wall painter, how would I afford my son’s treatment if we didn’t have 57357”, said Mohamed’s father. “The treatment and care our children receive is better than what we see in ads. They know the pain and suffering our children go through and they treat them in a humanitarian way”, he affirms. I would like to say to each donor: “don’t stop to donate to the hospital, no matter how little your donation is, it will contribute to saving a child’s life”

Mohamed’s dream: when we asked Mohamed about his wish, he said that he wants to become a metro driver. “I like the Hospital despite the treatment being long and painful. I like them because they make me laugh and I like to play with my friends in the Hospital’s garden, he added.

With your donation to 57357, many children from modest social classes will be able to receive the best treatment for free.