Researchers of the Children’s Cancer Hospital Egypt 57357 cooperate with their counterparts in Alhussien Cancer Center and Faculty of Applied Science. 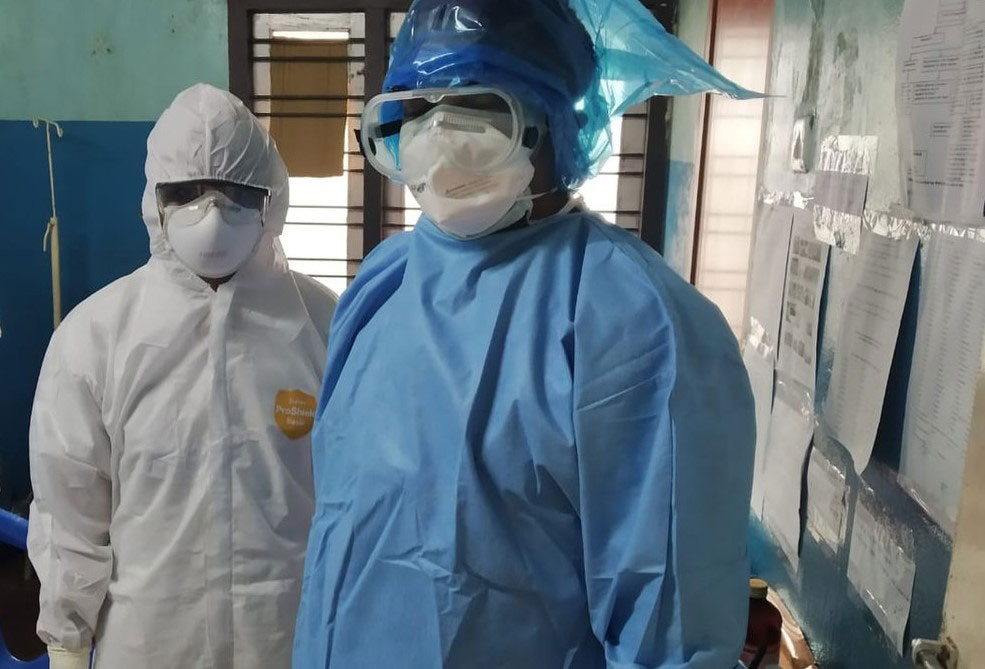 Researchers of the Children’s Cancer Hospital Egypt 57357 cooperate with their counterparts in Alhussien Cancer Center and Faculty of Applied Science, Jordan University, Oman on a research project the results of which were published in the “Vaccines” Covid-19 periodical.

As the pandemic is taking a toll on healthcare professionals and many of them suffer from physical and psychological harms while seeking to care about and protect millions of soles around the world, international health institutions recommend that they receive  priority in taking the COVID-19 vaccination. Despite that, studies that aim to record the healthcare workers’ opinions about taking the vaccines are rare, specially in the Arab countries.

Within this context, the researchers of Hospital 57357 cooperated with their counterparts in Alhusien center and Faculty of Applied Science, Jordan University in Oman in a research project that revealed  Arab health practitioners’ fear of COVID-19vaccination.

Mohamed Saudi, senior researcher at Hospital 57357’s  proteomics research unit and participant in the study says: the health sector workers are more exposed to infection, and the society follow their example regarding the health crisis. So their behavior and awareness role is important in controlling the pandemic.

Researchers collected the study data through a questionnaire published on social communication sites during last January. The questionnaire contained 17 demographic and health questions about the types of vaccination available in the participant’s country, weather he took any of them, his opinion regarding the importance of taking the vaccination, his intention to take it and the reasons of his fear in case of rejecting it.

About 5 thousand volunteers from all the Arab countries shared in the study, except for Djibouti and the Comoros , in addition to 712 Arab health practitioners working outside Arab countries.

The acceptance of the vaccination among the participants did not exceed 26.7%, while the ratio was more for those working outside Arab countries.

The questionnaire showed that almost third of health practitioners in Arab countries did not know which vaccines were officially approved in their countries, while those who work outside the Arab countries were aware of the approved vaccinations and they trusted the health systems in the countries they work in.

Amongst the Arab countries, Kuwaitis accepted the vaccination the most, while in North African countries they showed less intention to take it.

According to the data revealed by Bloomberg report in May 29, about two billion doses were given in 176 countries around the world, which is enough to protect 12% of the world population, most of them in the developed countries, while the Middle East and Africa are the least protected.

In its statement, the World Health Organization, WHO, revealed that the unprecedented cooperation efforts enabled the approval of the vaccination in an ideal timing to face the pandemic while preserving high protection and safety measures. It revealed that, just as with all the vaccinations, the organization will always monitor the safety of COVID-19 vaccination.

Dr. Alaa Alhadad, head of 57357’s pediatric oncology department  (not a participant in the study) revealed the need to ease transferring latest information about the vaccination and its safety to healthcare practitioners to reassure them and guaranty their effective participation.

Researchers indicated that boosting the role of health practitioners would be possible through enhancing communication with them, and getting them involved in continuous discussion with decision makers to recognize their fear and their suggestions for facing the crisis.